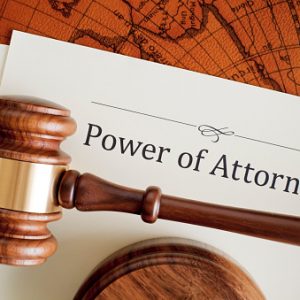 First of all, an agent under a financial power of attorney does not have the right to bar a sibling from seeing their parent. A medical power of attorney, however, could give that agent the opportunity to prevent access to a parent if it is believed that the visit could be detrimental to the parent’s health.

Next, your parent does not have any legal responsibility to inform you about whom they chose as their agent. In fact, the agent who is appointed under the power of attorney is not required to provide information about the parent to other family members without the parent’s wishes or permission.

You should also be aware that a parent becomes unable to revoke a power of attorney if he or she becomes incompetent. If a parent has become incompetent and is no longer able to remove this power of attorney agent on his or her own and you suspect that the agent is acting inappropriately, family members are eligible to initiate a petition in court challenging that agent.

The court will evaluate the factors of the specific case and if it is determined that the POA agent is not acting in the best interests of the principal, the court can revoke the power of attorney.

The last thing to know about being appointed as a power of attorney agent is that a Michigan power of attorney ends at death. The agent no longer has any power over the principal’s estate, since it will be the executor or the personal representative who will be appointed to serve in that role.